The child's face in my painting "Pretty Boy" captivated me; I wanted to reuse it.  I was playing around with images and placed a figure with a similar face in a texture-filled jungle with lush vegetation. The idea of twins came into my head- along with a performing animal once again.  The concept of balance is an underlying theme I like to use in this series, but I wanted to take this beyond the normal things one would expect to balance.  A ball or another animal wouldn't be good enough, and so I chose the moon. It came with a Shakespearean reference which was perfect for the painting!  How extraordinary to have the moon falling out of the sky! 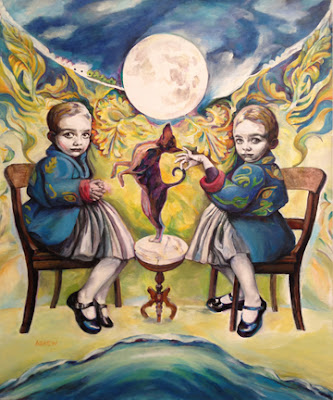 I  added a reference to the moon's effect on water, and the tides, so included a wave on the ground reaching up towards the moon. As I painted this, I slowly eliminated all the detail that I had originally intended to incorporate into the piece.  Symbols were eliminated from the twin's coats, and the jungle foliage was simplified over and over again. 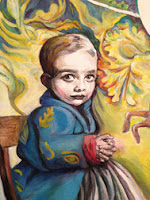 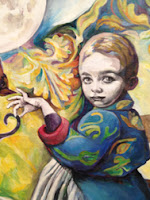 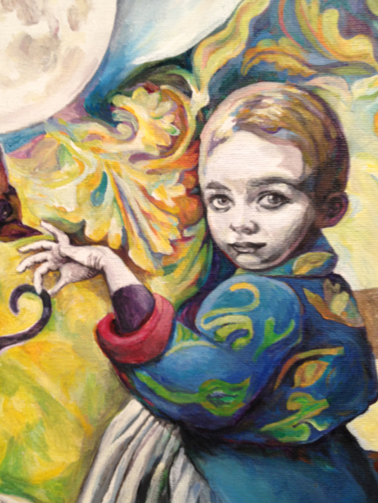 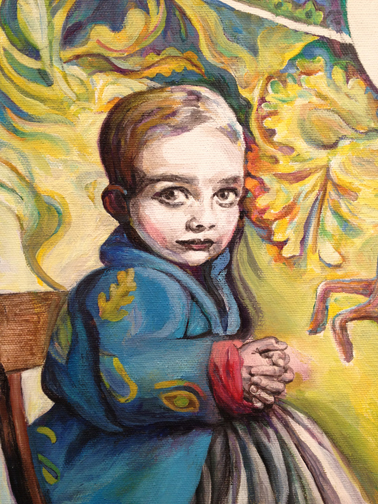 The outdoor setting is still a stage for a performance, but the part each participant plays,  and its meaning, are puzzles to be solved.